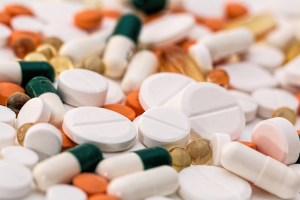 Opioid abuse is a crippling epidemic in the United States. From prescription pill addiction to a surge in Heroin and Fentanyl overdoses, the country is reeling from the ravaging effects these addictive drugs can have. No age group is immune from the scourge. Over 90 Americans die each and every day from overdoses linked to opioids.

The financial costs of the opioid epidemic are staggering. The Centers For Disease Control and Prevention estimates the “economic burden” of opioid abuse to be $78.5 billion a year. These expenses get thrown at a myriad of opioid-related problems, including: rising law enforcement costs, treatment programs, lost productivity, and all the skyrocketing heath care impacts from the debilitating physical damage these drugs inflict on addicted users.

Meanwhile, the use and abuse of Cannabis accounts for a tiny percentage of drug deaths in the United States each year. There were a mere 18 U.S. fatalities attributed to Cannabis poisoning in 2014 according to the Centers For Disease Control and Prevention.

There is now a growing trend recognizing the use of CBD for opioid addiction to not only address the pain that opioids were initially designed for, but also to help patients deal with the withdrawal effects from the opioid detoxification process.

A recent study using state-level death certificate data showed that the rate of opioid overdose deaths decreased by 25% in states that passed medical marijuana laws compared to states that had bans.

According to a report by Dr. Pouya Mohajer, there is crucial research that supports the idea that CBD oil has the potential to stem the rising tide of death and destruction that opioid abuse represents in the U.S. and across the world. “In the limited small human studies, CBD reduced heroin related cravings in heroin abusers,” concluded Dr. Mohajer. “A study with animal models using CBD resulted in improved opioid withdrawal symptoms as well as lessening heroin seeking behavior. In another animal study, CBD curtailed the reward-facilitating effect of morphine. The authors hypothesized that CBD interferes with the brain reward mechanism, thus CBD Oil may diminish the brain reward functioning effects of opioids.”

Opioid addicts also frequently suffer a flu-like condition when trying to detox from their opiate of choice. This is often referred to by addicts as being “dope sick.” Marinol is a synthetic cannabinoid in capsule form approved by the FDA in 1985 for treatment of the nausea and vomiting typically suffered by cancer patients undergoing chemotherapy. If a drug that contains a man-made version of CBD can work these wonders on suffering cancer patients, it makes perfect sense that use of naturally occurring CBD for opioid addiction can have a positive impact and reduce symptoms of withdrawal.

Yasmin L. Hurd, PhD is the Director of the Center for Addictive Disorders for the Mount Sinai Behavioral Health System. Dr. Hurd dissected and analyzed the conclusions of animal studies and a small human pilot, publishing her findings in the journal Trends in Neuroscience in March, 2017. The study reveals accumulating evidence suggesting that CBD reduces the rewarding properties of opioid drugs and associated withdrawal symptoms.

“If you look at both drugs and where their receptors are, opioids are much more dangerous in part because of the potential for overdose. The opioid receptors are very abundant in the brainstem area that regulates our respiration so they shut down the breathing center if opioid doses are high,” said Dr. Hurd. “Cannabinoids do not do that. They have a much wider window of therapeutic benefit without causing an overdose in adults.” (source)

Considering the numerous risky side effects of so many other accepted and traditional drugs used to treat opioid addiction and dependence, CBD for opioid addiction is a much safer and more sensible alternative. The opioid crisis will not be easy to eradicate, but Luvitol CBD Oil provides a natural and scientifically proven approach to help kick the opiate habit, detoxify your body, and relieve your pain.